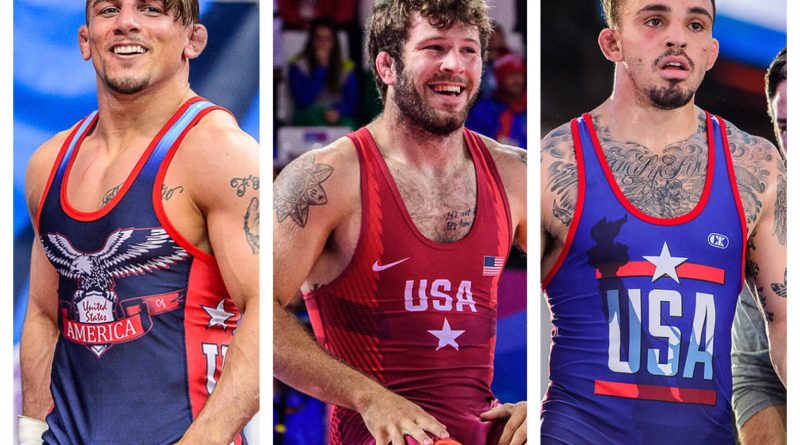 65kg:
The Bill Farrell Memorial tournament is upon us, and with it, the HMA crew and some friends will be providing you with previews for each weight. And of all the weights, the competitor list at 65 kilograms may be the deepest of them all! Here’s a look at the projected competitors for 65kg:

In the competitor list there are over 6 NCAA titles and so many All Americans I can’t even count. Not to mention an Olympian in Molinaro, U23 World Team members, and Junior/Cadet Medalists. Clearly, this group of competitors is very well versed in Freestyle as well as Folkstyle and is prepared to go home with the Bill Farrell title! Here are FloWrestling’s projected seeds for the top 6 at 65kg:

We lead with the 2016 Olympian and World Team Trials 3rd place finisher Frank Molinaro. The Tank has defeated third-ranked Jayson Ness, sixth-ranked Joey McKenna, and unseeded Jaydin Eierman in the past year, losing only to Zain Retherford and Jayson Ness. Second-seeded Jordan Oliver placed 2nd in the World Team Trials and defeated many ranked opponents, taking losses to Yianni Diakamohalis and 2x World Team member Zain Retherford. Next, third-ranked Jayson Ness placed 3rd in the U.S. Open and 4th in the WTT and is deserving of the 3rd seed in an extremely deep bracket. Strangely, the seeds seem to leave out Eierman, who not only made the U.S. Open semifinals but beat fourth-ranked Dean Heil, and seventh-ranked Bryce Meredith just this past spring. I expect that when the brackets are released Eierman will be seeded within the top 5.

At long last, it’s time for me to reveal my picks. Here are Jude’s top 4 for the 2019 Bill Farrell Memorial:

In first I place Jordan Oliver. Jordan was a hair away from beating Zain Retherford twice at the WTT this past year, but fell short. We never got the chance to see a match between Molinaro at the U.S. Open, because after Oliver fell to Yianni in the semis, he forfeited out of the event, and so there was no Oliver/Molinaro 3rd place match. Truthfully, this match would be a total brawl fest but I think that Oliver would come out on top, having just a little bit more varied offense and speed. Next, I have Jaydin Eierman finishing in third place. He doesn’t quite have the veteran strength of Oliver or Molinaro, and when we saw them wrestle last Eierman was unable to scrape a victory. Regardless, his defensive wrestling and his ability to snag pins will propel him to a 3rd place finish.

So there we are! 65 kilograms at the Bill Farrell is completely stacked and will be an excellent indicator of how 65kg will play out come Olympic Trials in April.