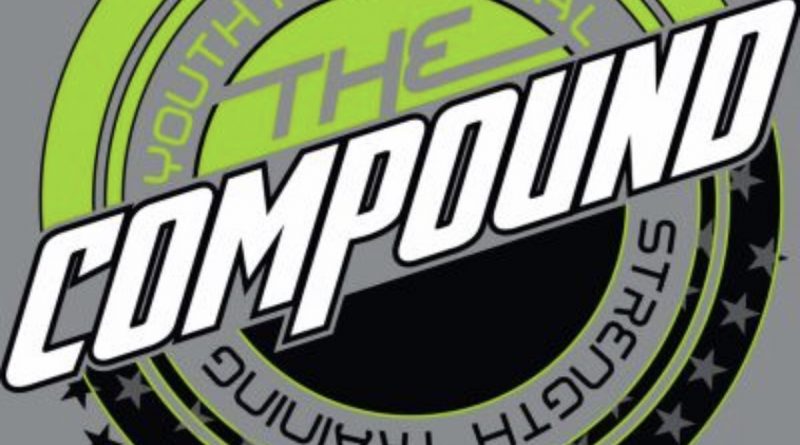 As I think back to as far as I can remember,  wrestling and football have always been in my life. I guess being born in Western Pennsylvania, it’s safe to say both of them surround you. In my baby albums there are plenty of pictures of me in Steeler gear and even in my own Young Guns wrestling baby shirt.

Since my dad and uncle were both wrestling and football coaches, I was always around the sports and loved being part of the team. I enjoyed being the water boy and helping them coach. When I was 4 or 5 years old, I remember my dad taking me to watch my first Young Guns practice. This was when I knew I wanted to wrestle. I am sure at that time the room was filled with future NCAA Champions, but I don’t think I knew anyone, except Coach Jody and Coach John. So my dad took me home, and we started talking about wrestling. The next two summers, I remember going to the Young Guns camps and watching. My dad wanted me to hear the motivational talks, from the coaches and great wrestlers they brought in. I remember meeting Spencer Lee at one of them. My parents have a picture of me in Hershey for highschool states when I was a baby.

Finally when I was six, my dad let me start practicing, but wouldn’t let me compete. I think I remember getting beaten up my first couple of practices. Halfway through my seven-year-old year, I went to my first novice event. I remember taking second; in fact, I still have that trophy. I won my first three matches; I think my dad lost his voice. My mom was so nervous. I’m not sure why I remember all of that. Then, we went to a few more and finally the last one of the season in Jersey Shore, I won first place for the first time! This was the first time we ever stayed overnight for a tournament. It was my dad, Pap, and Uncle Jack. I remember we celebrated at Champs because my pap said I was the champ.  That summer, I went to my first camp, which was the Young Guns Novice camp. I went with my cousin, Erik Gibson. At that camp, I got to meet Vinny Kilkreary and Nate Roth. We are now still always on teams together. After that camp, I started Young Guns. Over the years, I’ve gotten to be around some of the best wrestlers in Pennsylvania. I used to go to Jody’s house and workout in Jody’s wrestling room with Spencer Lee and Jason Nolf. Well, not with them but beside or around them.

So thinking about it now, I am fortunate to live here in Western Pennsylvania.

The article I want to write for Home Mat Advantage is about the impact The Compound strength facility had on my life and wrestling so far, and how it makes me a better person and better at sports. The Compound is a Youth Strength business my dad owns, and it helps athletes from all over the country. The Compound got started about three years ago and only had a few people. I think the idea came when my dad and uncles had workouts in my backyard. We would flip tires, carry weights, and push sleds around our neighborhood. My cousins would come over, (Erik Gibson, Mason Gibson, and Melvin Miller) and we would have so much fun working out together. After a while, other kids joined the workouts, and it became something we did all summer long, every day. We would ask to have more workouts, and we all loved hanging out after. Before too long all of Ranger Pride kids were flipping tires with us in my backyard. I think this was when The Compound idea came about. Even though we moved to a building, we still did the same type of workouts for the first few months. Now, the room looks completely different, and there are so many kinds of workouts. There are Little Hammers classes (younger kids), girls’ classes, and Powerlifting (older kids). There are also some teams workouts, and the UPJ Wrestling Team (currently ranked # 1 in D2) works out at The Compound during their season.

So three years ago, when the Compound opened, my brother and I were already wrestling and already had a good situation with Young Guns and Ranger Pride.

We had lots of tough partners (our cousins and Devon Magro) and were in a great spot to get really good. Once the Compound opened, we went from having a good situation to having almost a perfect one. Nearly everyone on our team got a lot better, and that first year we went from one state champion to three. Then the second year, we had seven state champs and ten in the finals. Everyone on the team was getting stronger and much better at wrestling.  The Compound helped me to be a more successful athlete in many ways. It changed me as a person; I look at things differently than before The Compound. It has taught me how to be mentally tough when the going gets tough. It has taught me to have a great attitude toward things at all times, but more importantly, when life isn’t going my way. I have gotten a lot stronger since The Compound has opened and plan to become even stronger. The Compound has changed my lifestyle, and I enjoy it when my dad talks about healthy lifestyles and being a great person, it truly changed my life. He talks all the time about having good character. The Compound teaches us to have an amazing work ethic, which will help us in the future. The Compound most importantly preaches and preaches about being a great person and having unbelievable grades. Being a great person is super important because it will give you a good reputation and it can open up opportunities. Having good grades is ideal because they set up your future. Good grades create opportunities in life, and help with sports as well as overall life. The Compound is a huge factor in my life.

I will give you a typical day at the Compound, and today was a great example. Today, July 31st, was the Compound’s third anniversary. We went to the Compound around 7:45 am, and I wrestled with Brendan Howard. He is a UPJ Wrestler and was an All American last year. He and I work out early in the mornings. Then at 9:00 am, my brother, Keegan, and I drilled for 30 minutes. I like to help him with his tilts and stuff. At 9:30 am, Coach Johnny Miller (my uncle) came and ran Powerlifting. We worked hard on deadlifting and proper technique. Then at 11 am, I helped my dad and Uncle Jack with a Football session. An area school brings their youth football team to the Compound for strength and conditioning. We went home for lunch and hung out, and I wrestled my brother best of three matches. We headed back over around 3:30 for a Ranger Pride Wrestling practice. On Wednesdays, we work on Greco and different types of throws. With Fargo and Nationals being massive events to win, the RPW coaches think it’s important to start focusing on Greco. My cousin, Mason, my brother Keegan and I, all won Greco National titles this summer in Wisconsin. I think these Greco practices will help us even more. At 5:00 is the Functional Intensity class; this is the most popular class at the Compound and the one I enjoy the most. My dad is the coach of this class. He gets help from my Uncle Jack, Coach Neil, and Coach Ryan. Today’s workout was one of the hardest workouts we ever did. We worked hard on forearms and upper body. These workouts are high pace and push us to our limits. I like them because they push us mentally. During all of these workouts today, it was about 90 degrees outside, so the heat made it even harder. After our workout, Uncle Jack ran an All-Girls Strength class with about 20 girls there when we left for the night. Almost all of the kids in the Functional Intensity class head over to Young Guns, but it is closed for August. Finally, after the All-Girls session, Coach Miller runs a Jujitsu class. Lots of the RPW wrestlers do that class as well. I used to train Jujitsu when I was younger. I actually won a world championship and was on the news, but I decided to retire from that and started playing football.

Hello my name is Bo Bassett, I live in Western Pennsylvania and wrestle for Young Guns, Team Pennsylvania, & Ranger Pride. I am a sixth grade student at Forest Hills elementary. I am a 5x Pennsylvania State Champion in Freestyle, Folk style, and Greco-Roman I recently won the USA Wrestling Freestyle Schoolboy nationals in Wisconsin. I love wrestling and very focused on accomplishing my goals. I dream every night about being a 4X ncaa champion and winning Olympic Gold! I am blessed to be apart of Young Guns and have great role models. My favorite Young Guns alumni are Spencer Lee, Max Murin, and Jason Nolf.