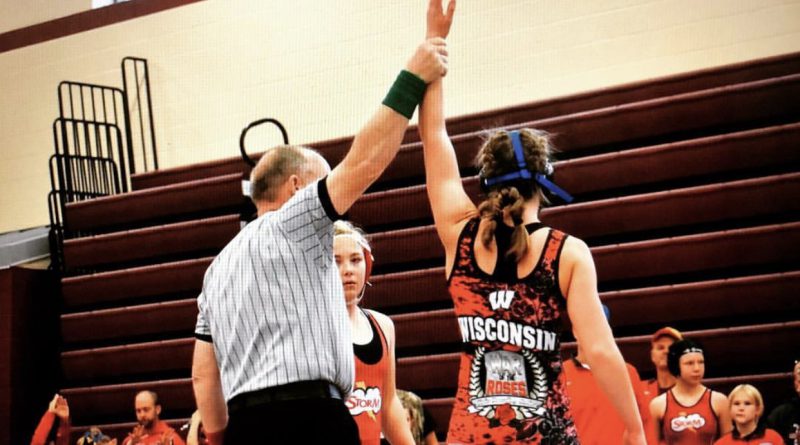 For the past eight years, I have been through an amazing journey with wrestling. It all started when I was in second grade. My little brother, Kade, who was in kindergarten at the time, would go to practice but would not walk out on the mat by himself. However, when he came home from practice, we would go into the basement, where we had a wrestling mat, and he would show me what he had learned that day in practice. We knew he was paying attention, but he was still too shy to walk out on the mat.  

This went on for months. Since he had no problem wrestling me at home, Dad asked me if I would like to go to practice with Kade to try to get him on the mat. I told dad that I would be interested in helping him. I went with Dad and Kade to the next practice, and we both walked right out on the mat and began our practice. It took about a month for Kade to be able to be comfortable enough to walk out on the mat by himself. Kade was now wrestling with his new buddies, and Dad said that he didn’t need me anymore in the practice room. I didn’t like what he said because I now knew I liked the sport as well and I wanted to keep going. I was very thankful I was welcomed by the rest of the team, and never had to feel like I didn’t belong because I was a girl.

While I was wrestling, I was a multi-sport athlete and was always busy, even throughout the summer. I was a high-level gymnast, skilled soccer player, and swimmer. These sports helped me in many ways for wrestling. For example, they made fearless from falling and facing challenges that I had to overcome to complete my goals. Gymnastics benefited me the most because it helped me gain more strength, flexibility, and balance. I felt like I had to make a decision on whether I wanted to spend more time wrestling or doing gymnastics because it seemed like one sport was taking away from the other. I decided to quit gymnastics so I could focus on getting better at one sport. Quitting gymnastics to do wrestling was hard at first, but now I know I made the right decision to follow my dreams of being a wrestler. 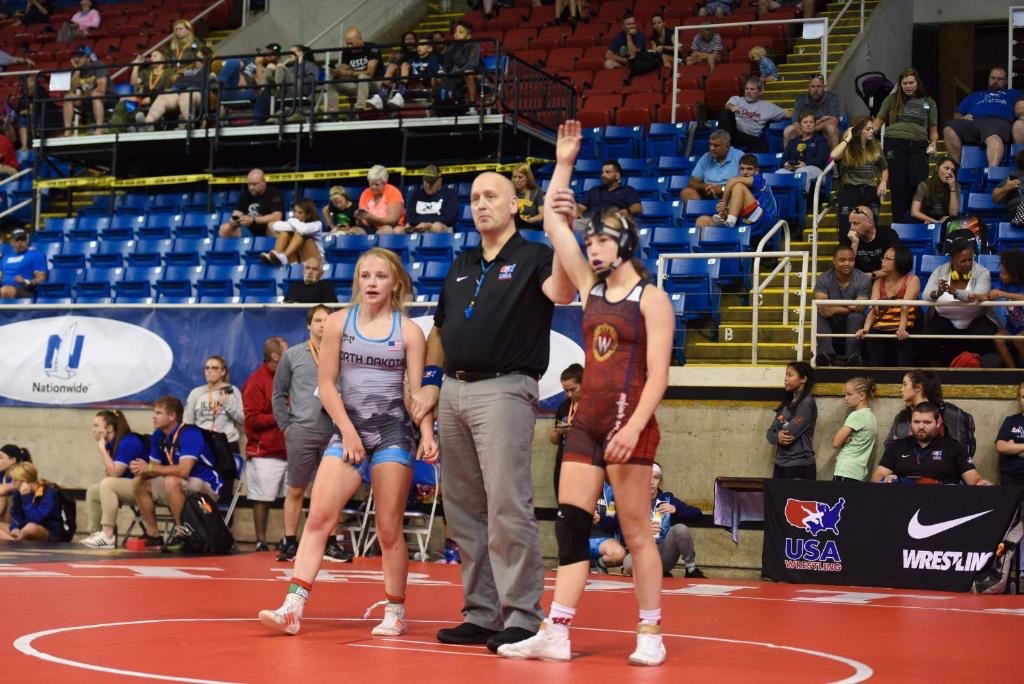 Throughout my grade school wrestling career, I rarely won any matches, but that never stopped from working hard and competing. My first wrestling tournament ever was my hometown, Mineral Point, youth tournament. I remember getting excited after winning one of my first matches, but I ended up getting third. I was lucky enough to go to Wisconsin’s youth state every year except for one. My fourth-grade year, I decided to take a year off and concentrate on gymnastics. When I came back to wrestling my fifth-grade year, my dad didn’t want me to keep going with this sport. He didn’t think I was good enough or was never going to be good enough. He wanted me to continue doing gymnastics because that’s what I excelled in.

During elementary school, the boys and the girls that I competed with were more equal because we were all just learning and inexperienced. Moving out of the elementary to middle school was a lot harder than what I thought it was going to be. It tested my training and desire to keep going or just to quit. Wrestling in the youth program as a girl wasn’t that difficult until I was in middle school. Going into middle school years of wrestling, I was making so much more progress. My seventh-grade year, I was always looking for opportunities to get out on the mat and win. My eighth grade year was the best year of youth wrestling. I wanted to get a jump start on the wrestling season, so I reached out to two local clubs, Sarbacker Wrestling Academy and RT Elite. There were always local clubs available, but I never joined because I didn’t think I would fit in being the only girl in the room. I started to do private sessions with one of the Sarbacker coaches. After one week of privates, he suggested that I join and train with his club. These two clubs allowed me to get more practice time in with a variety of partners.

I started the preseason with many team duals and individual tournaments. I could see my hard work was finally paying off when I won five national tournaments, placed first at state, and placed third at girls high school state as an eighth-grader. This was definitely a big confidence booster. 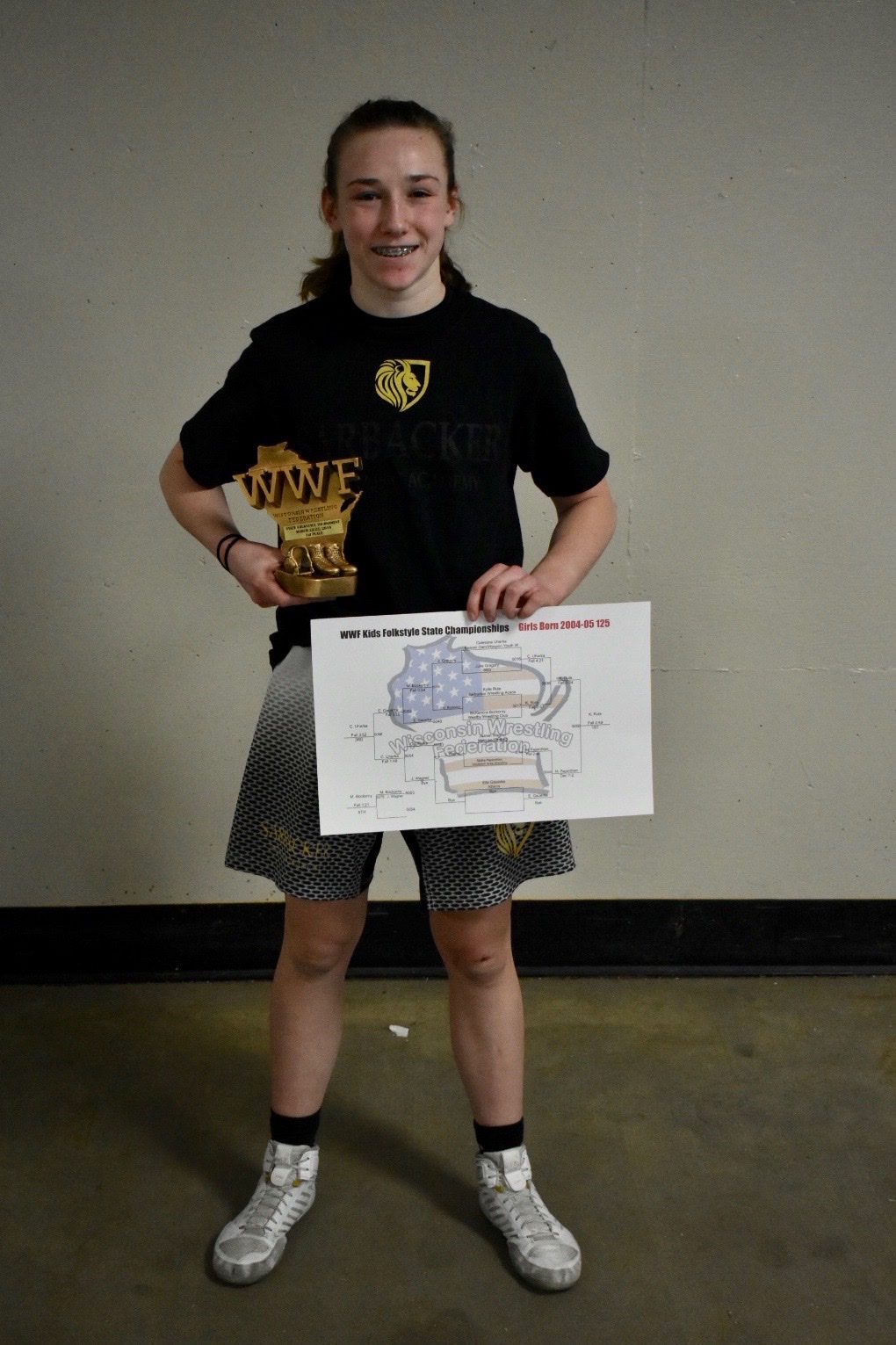 Once the folkstyle season was over, I wanted to keep going and challenge myself, so I decided to do freestyle. I joined the Wisconsin National Team and started training at Combat Wrestling Club. Team Wisconsin, which is coached by Kevin Black, gave me opportunities to travel around the nation with other girls that have the same dreams as I do. I feel the best decision I made to help myself in freestyle is making the move to Combat Wrestling Club. My coach, Lucas Steldt, and the amazing practice partners I have have made me excel in my performance in freestyle wrestling. My freestyle season didn’t start the way I wanted, but I am happy with how it ended. The most exciting tournament I went to this year was the Fargo Championships. Being surrounded by the best in the nation was a fantastic feeling and reassured me to know this is the sport I wanted to be in. I am so glad I stuck with this sport because girls wrestling has taken off and is giving girls the opportunities they need to chase their dreams.

I am very excited to see what this year has to bring for me. This year I will be practicing freestyle at Combat year-round, as well as joining the Mineral Point High School wrestling team. I am looking forward to competing at World Team Trials again with hopes of making the team and traveling the world. I am ready to set my goals high and work hard to achieve them. 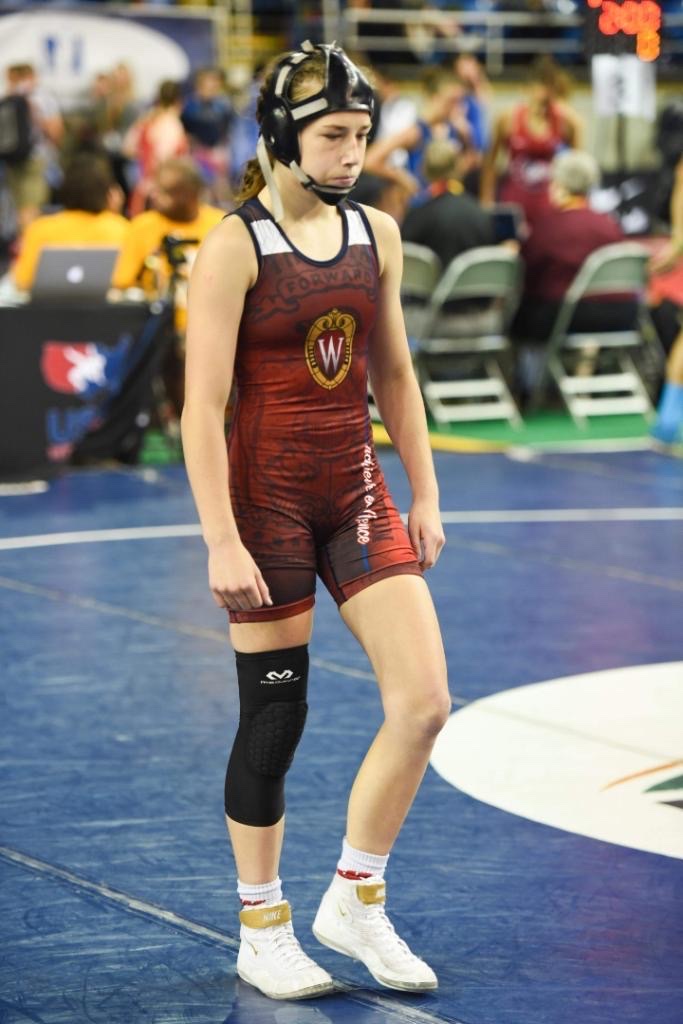