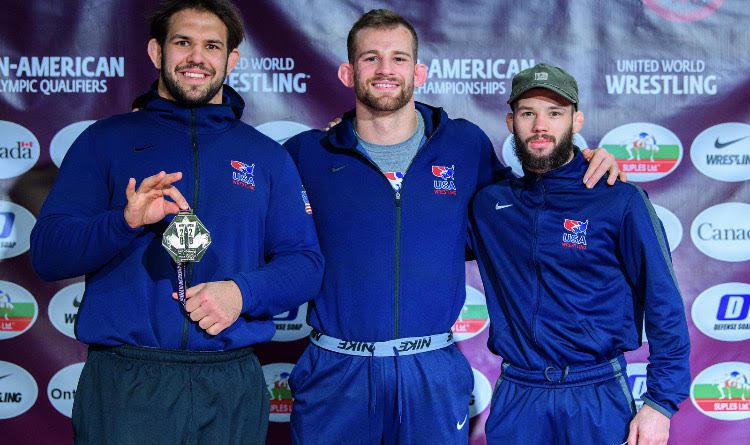 Today at 1:39 PM EST Thomas Gilman announced via Twitter that he was leaving Iowa City and headed to State College.

This can only mean that Gilman is leaving the Hawkeye Wrestling Club and transferring to the Nittany Lion Wrestling Club to continue his senior level career under the guidance and coaching of Cael Sanderson. A 2017 UWW Senior silver medalist and more recently he qualified 57kg for the US at the 2020 Pan American Olympic Qualifier in Ottawa, Canada. Gilman will add to the depth of the Lorenzo Wrestling Complex and wrestle alongside Olympic champion Kyle Synder, World Champion David Taylor, and world team member Zain Retherford as they compete for spots in the upcoming 2021 Olympic Games. This is an incredible grab for the Nittany Lion team; they now have a serious world-level contender at every Olympic weight:

There is some speculation as to what pushed Gilman to make the move to State College; he had been training with the HWC for the previous eight years and showed no inclination of leaving. For one, Mark Perry, HWC coach and main supporter of Gilman, recently left the Hawkeyes and transferred to Arizona State University to coach as an assistant under Zeke Jones. This could have inspired Gilman to also leave Iowa. Another (and less likely reason) is that Gilman could be looking for another training environment apart from 2x NCAA Champion, U.S. Senior Open champion and recent Hodge trophy winner Spencer Lee of the HWC, who has been on a tear and is in contention for the world team spot. This is just pure speculation and I personally don’t think this is the case, but it’s definitely something to consider.

We will continue you keep you updated on the Thomas Gilman situation, but now since both he and Kyle Snyder have moved to State College, you have to wonder: who’s next?