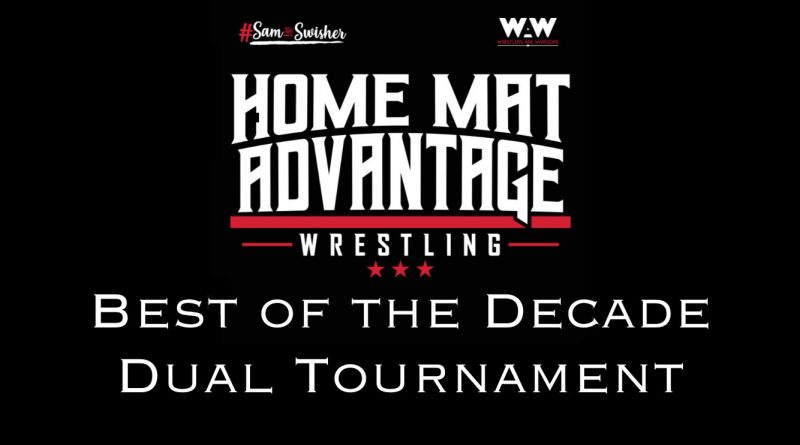 As any folkstyle wrestling fan will tell you, the peak for wrestling content is definitely not in the summertime. In fact, it’s usually the dryest period of the year due to the lack of competition and the subsequent lack of topics to discuss. Yet, here at Home Mat Advantage, we believe in creating excellent wrestling content even when it’s difficult to be inspired. Fortunately for us (and you!), inspiration struck our good friend and member of the HMA crew, Jacob Hewgley. Over the past several weeks Flowrestling Radio Live did a “Best of the Decade” wrestling tournament, where they took the best 8 wrestlers at each NCAA weight and ran them through a hypothetical wrestling bracket, resulting in the 10 best D1 wrestlers of the past decade. Hewgley’s “eureka!” idea is this: a “Best of the Decade” dual tournament, where we take the 16 top teams in the NCAA to find out which one is the very best. Here’s the catch: each one of the nominated schools is a “Best of the Decade” team in their own right.

For example, #1-seeded Penn State University’s team looks like this:

Here is the full roster:

And lastly, the Home Mat Advantage “Best of the Decade” Dual Tournament bracket:

The rules are simple:

We will be producing 3 shows a week with special guests to come on and debate through the “Best of the Decade” Dual Tournament, make sure to tune in!