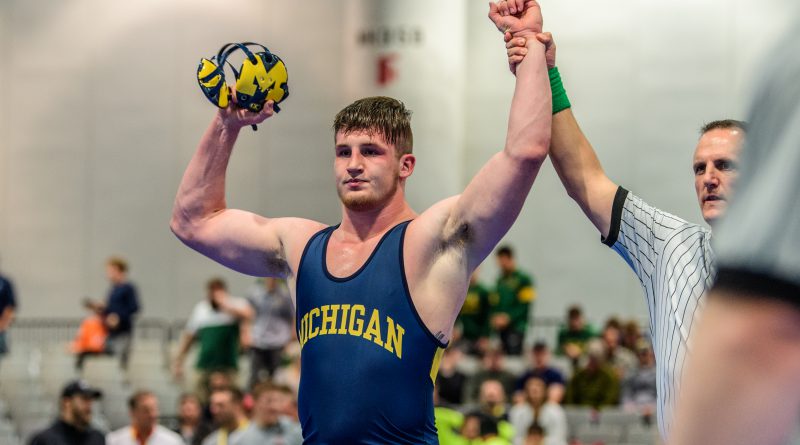 “Winning isn’t everything, it’s the only thing.” – Vince Lombardi

There is only one reason that anyone chooses to play fantasy sports, they want to win. Specifically, they want to beat up on their buddies. Fantasy sports have been around for decades, but fantasy wrestling is just beginning.

Sure there have been plenty of fantasy wrestling leagues before this year (I ran my own), but we had to keep up with stats in a spreadsheet and it took HOURS. The process was so awful that it deterred some of the most fierce wrestling fans from taking the time to enjoy fantasy wrestling.

Fortunately, there are angels that walk among us. Dan and Greg started the first-ever fantasy wrestling platform this year and it is perfect. I was excited to hear that it was happening, but definitely thought it would have its flaws. Contrary to my thought, Dan and Greg have knocked it out of the park. Not only is the platform great, but they are also very open to hearing improvements and implementing them quickly. There were several occasions that I reached out to them about an improvement idea I had and they implemented it the same day. They are simply A+ guys that deserve our gratitude. Make sure you head over to www.wrestlestat.com and check out their site.

Now to the real stuff. How the heck do you win consistently in fantasy wrestling? It’s actually pretty simple. Follow the five tips below and you will be the one on top of the podium at the end of the year.

There is no reason to keep the guys that you drafted at the beginning. In fact, it can hurt your team severely if you are too attached to move on from guys. Of course, there are some guys you will never drop (Ex: Spencer Lee, Zahid Valencia, Gable Steveson, etc.), but the way I look at it, if they aren’t good enough to be in Hodge conversations, they are expendable in fantasy week to week.

That might sound a little crazy, but if you truly want to get a win in fantasy every week you need to get out of the fantasy football mindset of keeping basically your whole team to start every week. Free agency is way more important in fantasy wrestling than any other fantasy sport.

I know there are A LOT of great names I left off this list, but if you truly want to be the best at fantasy you will have to learn to cut emotional ties. Once you realize that you should basically roll with an entirely different team each week, you can move on to the next couple of tips.

Work it like your life depends on it because it does. The “portal” as I like to call it should be your best friend during the fantasy season. At this point, you have realized that there are few guys that deserve a permanent spot on your roster. So if you have a guy that is not wrestling this week or has a bad matchup, check out who is in the portal at that weight and swap him out for a better matchup.

I constantly am cruising the portal. With how new this platform is, most people don’t take full advantage of the powers of the portal. Each week there will be a gem in each weight that has a great matchup and will score plenty of fantasy points.

Unfortunately, a lot of people don’t have time to spend hours on Wrestlestat looking for great matchups. Luckily for you, that is basically all I do with my life. So head over to www.hmawrestling.com every week for the inside scope on guys that you should pick up.

First, the wrestler’s probability of winning the matches he is in is obviously very important. This is especially true with fantasy wrestling because if he loses a match you get negative points. To avoid getting negative points, you need to make certain that the wrestler is favored in his matchups.

Next, the number of matches that your wrestler has is very important. If you have two guys you’re picking between and they are both favored to win all of there matches, but one has three matches while the other has 1, it should be a no brainer to pick the guy with more matches. More favored matchups equal more fantasy points. This could bite you if the wrestler loses matches though. That is why the wrestler’s win probability is the first criteria for selecting the perfect starter.

Lastly, the wrestler’s bonus rate. This is often mistaken as the first criteria for fantasy owners. Bonus rate is great, but if the first two criteria aren’t met, then the bonus rate doesn’t matter. For example, you could have a wrestler on your team that has pinned every person he has beaten, but he might also be 8-8. In this case, it is great that he might get a pin again, but you also aren’t sure if he will even win the match.

You should do your best to fill all of your spots with an active wrestler every week. If you leave a spot unmanned you definitely will not score any points. Even if it means plugging in a guy that only has one match that week, you need to fill the spot. Having a guy get three points is better than having a zero in for that weight.

You should still be sticking to the criteria above, however. Do not just throw any random guy in your lineup for the sake of filling the spot. Make sure you run through the key three criteria above before you start someone, but with the number of active wrestlers there is each week, you are guaranteed to find someone with a favorable matchup.

No one has time to sit down and research hundreds of wrestlers and matchups every week. Fortunately, that is what I enjoy doing and I do it for free. There is no reason to not take advantage of the fantasy advice coming out each week on www.hmawrestling.com.

Each week I put out the guys with great matchups that week. It takes five minutes to scroll through the article and see the wrestlers that will score big fantasy points that week. I include the obvious guys, as well as, the sleeper guys that you can find in the portal. You can even find the best guys to start this week (week 12) at http://www.hmawrestling.com/fantasy/week-12-fantasy-wrestling-preview/. Make sure you are tuning in weekly to find out who to start!