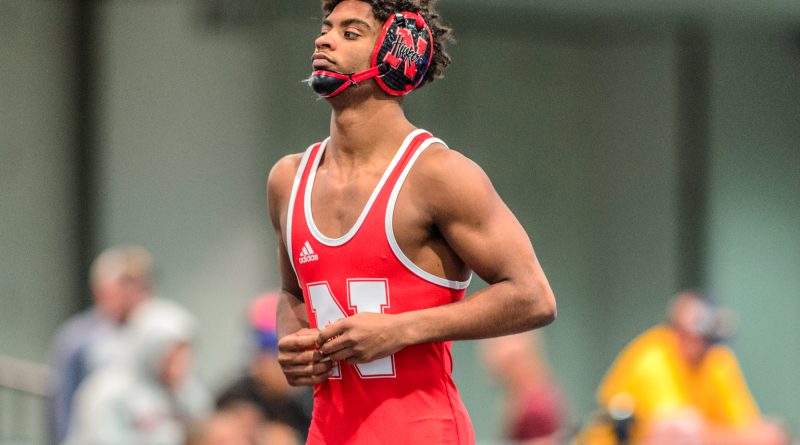 There are not four weeks remaining in the fantasy wrestling season, including week 12. That means it is officially crunch-time if you are trying to make the playoffs. I know it might seem like it’s late in the season, but ending the season with four wins could be the difference in making the playoffs or not. It could also be the difference in the last seed and the #1 seed.

With that being said, it’s time to make sure you lock down those W’s. Check out the list below of the best starters for this week. Obviously, some of these guys will be owned, but as you get to the bottom of each list you will see plenty of guys that are not owned in your leagues. If you need someone at a weight, check out the list and add the one you feel comfortable rocking in week 12. All the guys listed below will get you the fantasy points you need in this pivotal week.

Unless you’re checking stats and watching matches religiously like myself, there are some guys that are still flying under the radar for the average wrestling fan. One of those guys is Luke Werner at Lock Haven. He is an absolute must add to your roster if he is in the portal in your league. Werner was in redshirt to begin the year, but Lock Haven recently decided to pull his redshirt because of the success he was having at open tournaments. He is currently sitting at 18-4 with a 64% bonus rate and is a guy that will push to earn a spot on the podium in March.

Another guy that could be a great find for your team this week is Eric Barnett at Wisconsin. Barnett is coming off of a big pin last weekend over Alex Thomsen of Nebraska. He was a highly recruited guy coming out of high school and has been rounding into form this year in his true freshman campaign. He is facing Heinsleman at Ohio State, but their trajectories have been going in opposite directions. I’m comfortable taking Barnett.

Joey Silva is back baby. Another highly-rated recruit as taken the mat for his team for the first time. The redshirt freshman from Michigan opened his collegiate career with a 7-2 win over Pepple of Michigan State last weekend. In redshirt last season, Silva went 7-1 with a 50% bonus rate. While I don’t expect him to be pushing for a national title, he could be a guy that jumps into fringe AA conversations. He has a couple of favorable matchups this weekend and if you get on the Joey Silva train now, you could look like a fantasy genius a few weeks from now.

A great pickup for this week would be Gary Joint of Fresno State. Joint is only 8-8 on the season, but he is wrestling Duke this weekend. Right now wrestling Duke is a fantasy goldmine. It is basically like wrestling the Cleveland Browns a few years ago when they went 0-16. Joint teched the last Duke wrestler he faced, I see a high probability that he gets you more than three fantasy points this weekend.

There are a bunch of juicy matchups for the top guys this week. Definitely start anyone on this list that is already on your roster. Unfortunately, there aren’t many guys that are in the portal and have great matchups. If you find any of the guys above in the portal, snatch them up immediately. Besides that, it might be a weight to take a chance on someone you believe in this week. Feel free to shoot me the guys you want to take a chance on!

Speaking of goldmines, Kizhan Clarke has been a hidden gem this year. He currently sits as the second-highest fantasy scorer on the year. Fortunately, fantasy wrestling doesn’t care about ranked wins, in fact, those are not the matches you want. A guy like Clarke doesn’t wrestle top competition, but beats on the small guys is a perfect fantasy wrestler. If he is still available, he might be the horse you ride into the playoffs.

Another guy I am always high on is Denton Spencer. He is a pinning machine and has two very favorable matchups this weekend. He could easily end up with twelve points this weekend.

Although Hayden Hidlay isn’t a guy that throws down loads of bonus points, he has two matchups this weekend that could earn those extra points for NC State as well as your lineup. Look for him to put up at least eight points through his two matches this weekend.

Two dudes I love this weekend at 157 are Teemer and Wright. Teemer has had an up and down season, but he has a great matchup this weekend. He has a lot of potential, but needs to find his groove. Wright is another guy with a juicy matchup against a Duke team that has been severely down this year. Start him.

For the most part, fantasy wrestling is about picking the guys that have the best matchups and a high probability of earning bonus points. However, there are a few guys in college wrestling that you start no matter what, especially when they are pin-slaying everyone with their legs. Ale Marinelli has developed this new technique with his bar where he steps over and locks his legs around the head. At first glance, I thought, “What the heck is he doing? That looks like a little kid that doesn’t know wrestling yet”. Obviously, there is a reason Marinelli is a title contender at the D1 level and I’m writing about it because he is killing folks with the move. I know that some people don’t want to put him in fantasy rankings because he has a tough matchup with Isaiah White, but if those people thought back on last weekend where Evan Wick destroyed White on his feet and Marinelli kept up his pin-slaying ways, they might make the right choice. Right now, Marinelli is a must-start every week, and yes, even Jan. 31 against Penn State.

Another guy I look forward to watching break out this weekend is Travis Wittlake. Wittlake has only lost once in his freshman campaign and it was to red-hot Shane Griffith of Stanford. Wittlake will have a couple of tougher opponents this weekend, but he has shown that he can go with the elite guys. I’m taking him to get back on track with a couple of big wins.

If you haven’t been watching Ohio State, you’ve been missing out on some great wrestlers outperforming expectations. I don’t know what is in the water over there this year, but a couple of guys have turned a corner. One of them being Kaleb Romero. Romero was a four-time Ohio state champ and heralded recruit, but has not performed up to expectations thus far in his career. However, he has developed a deadly Jordan Burroughs like double-leg that is brutalizing his competition. In a couple of favorable matchups for him, he deserves the start.

Another guy that should be started no matter what is Michael Kemerer. I know there are Iowa haters out there, but if you open your eyes and watch what Kemerer did to then-undefeated Dylan Lydy, you would know he is a guy that could be a candidate for the Hodge trophy at the end of the year. The match started slow with two top tier guys feeling each other out, but as it progressed, Kem-dog started to put on a takedown clinic. He will have another top-10 guy in Labriola this week, but I see the match going the same, if not better for Kemerer.

Take your pick from the guys above. There are plenty of great options above that will mostly be in the portal and easily accessible to you. Of course, you have the top guys that are must start every week, but this is a great weight to get ahead in if you don’t have a stud. Dylan Wisman is a guy above that I might look for first, but all will get you points.

And yes, DePrez is about to have a showdown with #2 Hunter Bolen from VT, and Bolen is 2-0 against DePrez. However, DePrez has looked levels better this season and even if he drops the match to Bolen, he will have two more matches to make up the point loss.

Ben Darmstadt is back up at 197 and it couldn’t have been a better move for him. His move down to 184 made absolutely zero sense. He would be moving down into a weight that his teammate Max Dean (2019 NCAA Finalist) will be returning to in a year, he was cutting significant weight to get into a loaded weight, and he has had a lot of success at 197 before. I truly believe he is a finalist threat at 197lbs and will be way more effective there. Another great thing about him for us fantasy owners is that he is a pinner. Look for some bonus points from Darmstadt this weekend.

A guy to grab now if he is still in your portal is Lucas Davidson. Davidson had a big weekend upsetting then #2 Brunner of Purdue and returning AA Shakur Rasheed. The redshirt freshman looked great and might be starting to sprout into a legit threat to get on the podium in March.

Last, but not least, the big fellas. The big news at 285lbs is the departure of 2019 NCAA Champion Anthony Cassar. Cassar was announced to be out for the year by Coach Cael Sanderson last week. This slots Gable Steveson in as the clear favorite to win the weight. If you have him on your team, start him every week no matter the matchup. I can see him getting an extra boost with the Cassar news and smashing people even more to prove his superiority.

A guy I love at 285 this week is Virginia’s, Quinn Miller. Miller is a Sophomore that sits at 15-3 with an 83% bonus rate. That is crazy. Thru 18 matches the man has majored or better eleven opponents. This dominance combined with his favorable matchups this weekend could easily land you with twelve points in his two matchups.