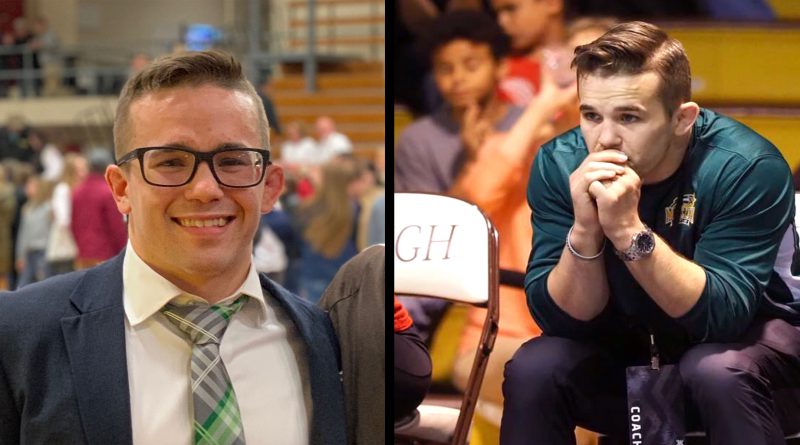 One of Pennsylvania’s most accomplished high school and college wrestlers, Mason Beckman, will join the staff of Home Mat Advantage (HMA) Wrestling website and podcast as a Senior Editor, as announced today by HMA Wrestling’s Sam Herring and Jude Swisher.

Beckman, a highly decorated wrestler from Pennsylvania, had a stellar high school and college career amassing 196-12 and 104-37 records, respectively. Currently serving as an assistant coach alongside owner and head coach Jim Akerly at Quest School of Wrestling in Pittsburgh, PA, Beckman is eager to get started contributing to the HMA Wrestling brand.

“I’m extremely excited to have the opportunity to join the HMA Wrestling team and to help a pair of the brightest young minds in our sport cover the biggest events.  Sam and Jude, along with Tony Rotundo, have already built an awesome brand and I’m excited to contribute in any way I can,” said Beckman.

“I’m thrilled to get the opportunity to work with Mason. He has shown his content producing excellence as well as his own wrestling abilities. He has been super helpful to me, and I’m blessed to be able to work with him at HMA Wrestling. This addition will add quality and consistency to the content that HMA Wrestling produces,” said Sam Herring, HMA Wrestling founder and host of the popular HMA Wrestling podcast.

“Mason Beckman brings some much-needed professionalism and consistency to the HMA Wrestling product. With his vast wrestling experience and excellent writing skills, Mason is going to be extremely helpful in producing and managing content,” added HMA Wrestling founder Jude Swisher. “Mason is a great guy with a lot of excellent qualities; I’m very excited to be working with him in the future!”

About Mason Beckman (by the numbers)

The idea for Home Mat Advantage Wrestling Podcast was originally created in jest. Sam Herring and Jude Swisher had been discussing wrestling for a while and the idea for a podcast was just thrown around. A couple of weeks later Sam sent Jude a link to a podcast creating app. Next thing they knew, they were neck deep into the show.

Home Mat Advantage, while run and managed by kids, is a serious wrestling journalism outlet. Started in 2019 by a 12 & 15 year-old, HMA plans to continue growing for a very long time. HMA is sponsored by WrestlersareWarriors.com.