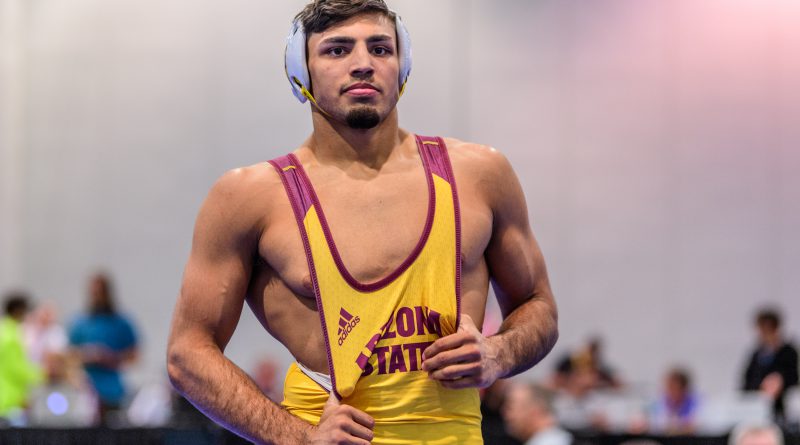 Welcome to the eleventh hour. There are just five weeks left in the fantasy wrestling season (including this one). That means it’s getting down into crunch-time if you’re close to making the playoffs in this inaugural year of college fantasy wrestling.

Welcome to the eleventh hour. There are just five weeks left in the fantasy wrestling season (including this one). That means it’s getting down into crunch-time if you’re close to making the playoffs in this inaugural year of college fantasy wrestling.

This week is going to be a crucial one for fantasy, because after this we will start seeing a lot of big matchups that will be low scoring for fantasy. The Big Ten dual schedule is getting into full swing and we will be getting away from the easy fantasy picks and more into matchups like Iowa/Penn State.

Take full advantage of these juicy matchups while you still can.

The four guys at the top of the list are obvious starters regardless of the week, but the next four are guys that are not likely owned in most leagues and will score major points for your fantasy team this weekend. Make sure to hit the portal and pick up one if you’re in need at the 125lb weight class.

A guy I would definitely pick up this week if you’re in need at 133 is Codi Russell of App State. Russell has some really solid wins this year over guys like Jamie Hernandez. Also, keep an eye on Zach Trampe who has three favorable matchups this weekend.

I feel bad for whatever poor soul has to step on the mat with Pletcher and Lee this week. Those two guys are absolute hammers and fantasy goldmines. However, not everyone can have them on their team.

A hidden gem at this weight would be Evan Cheek of Cleveland State. Cheek doesn’t get much love because he is at Cleveland State, but he wrestles (and wins) a lot. He is 23-3 on the season with a bonus rate of 50%. I’ll take those stats any day of the week.

A couple more hidden gems are in the 149lb class. Denton Spencer and Kizahn Clarke are killing it this season. Spencer is currently second in the nation in falls with 10. The man pins everyone.

You already know the main players at 157. Carr, Young, and Hidlay are all household names that have no chance of hitting your free agency portal. However, a guy like Justin Ruffin could still be out there. With three strong possibilities of bonus points for Ruffin this weekend, he is my start of the week for 157lbs.

Thomas Bullard has been having a tremendous year thus far. He has really asserted himself as an All American threat and has benefited any fantasy owners that have rolled with him. His 59% bonus rate is eye popping for a guy that has had a slow start to his college career. Definitely scoop him up while you still can.

Plenty of solid guys listed above that have put up points for fantasy teams this year. Aside from the obvious starts, no one stands out too much. However, if you’re in need I would suggest Neal Richards of VMI.

There are not really any sleepers at the 184lb weight this week that I like enough to roll the dice on. If I were you, if I didn’t have one of the names listed above, I wouldn’t start anyone. Scoring 0 points is better than -3.

Greg Bulsak and Jay Aiello have very favorable matchups coming up this week. Bulsak has looked great this year, especially when he knocked off redshirting Nittany Lion, Michael Beard. I would roll with him if I needed someone for sure.

Aiello is another strong option for a spot start this week. He may even be good enough to stick around on your roster. His bonus rate isn’t great at 36%, but he wins matches. All of the wins will add up.

Josh Hokit is back and at heavyweight! Hokit has been a fan favorite since he All American-ed at 197lbs last year after completing a full season for Fresno as their starting running back on the football team. The dude is an animal and I’m excited to see him plug in at 285.