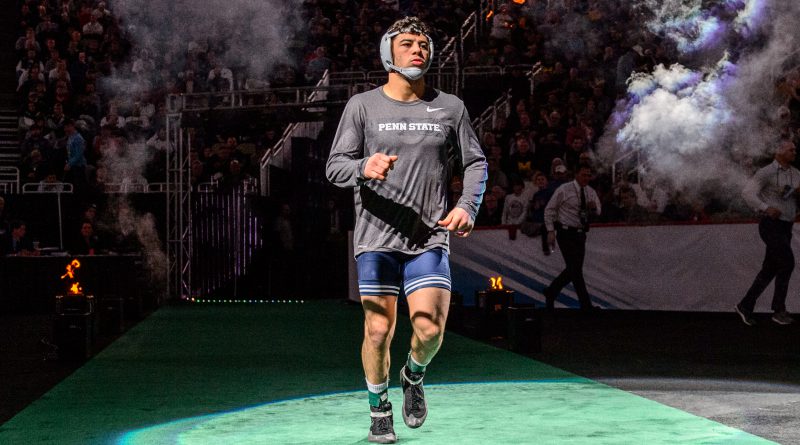 Welcome to the end. The final week of the fantasy wrestling regular season is here!

For some of you, the playoffs are out of reach. I’m sorry, but life doesn’t give out participation trophies. However, some people are winners and have their team in a spot to make a run at a fantasy championship.

For those of you that are still needing to lock in your playoff spot, here is an exhausted list of the guys that you should use this week to get you into the top 4.

A few guys that I would really target this week are Werner, Colaiocco, and DeAugustino. These three guys have been having great seasons this year and are still some of the most underrated guys in fantasy at the weight class. I guarantee at least one of these guys (if not all three) are available right now in the portal.

It’s pretty obvious that you plug in guys like Glory, Lee, Picc; but, if you’re in need at 125 make sure you check out one of those three guys first.

A couple of guys I really like here are Lovett and Alvarez. Both have had very solid freshman campaigns and seem to be ramping up towards tournament time. Lovett is a beast on top (as shown by Gross and Desanto picking neutral in their matches with Lovett). Alvarez has proven to be dynamic enough on his feet to even hang with the big names in the weight.

They both have favorable matches this week and should earn you some solid points at 133.

There are plenty of guys at 141 this weekend that will be in the portal for you to snag in pursuit of fantasy glory. A few names that come to mind are Simon, Laney, and Cheek. All have been solid this season and have great matchups this weekend.

This is the reason you’re reading this article. Please don’t start guys like Zach Sherman or Tariq Wilson that are in big matches (these two against each other actually), because one of them has to lose. Instead of taking the chance of your guy losing a big match, pick up a dude like Evan Cheek that is almost a lock to win this weekend.

Who is heck should be the number one ranked wrestler at 149lbs this season? That has been a crazy question for months; however, us fantasy nerds don’t care about rankings. Only results.

Colton DiBlasi is probably a free agent in 99.9% of leagues and is a FANTASTIC fantasy option this week. He is 25-8 in his Senior season with a 39% bonus rate. Not Hodge numbers, but certainly good enough to get your fantasy team into the big dance.

Most of the guys listed above might be available. Guys like Franek and Carson having two favorable matchups are a better option for your team than holding on to Kaleb Young that is a sure win, but allergic to bonus points. Do yourself a favor, pick up the dudes that look good THIS WEEK and not a highly ranked guy.

There is a guy at 165 right now that you need to add if you don’t have a stud. His name is Travis Wittlake. He is 22-1 as a freshman for the OSU Cowboys. His only loss on the season came to #3 Shane Griffith in a tight one. While Wittlake isn’t a bonus machine YET, he is a winning machine. Stick with him. You won’t be sorry.

Jacob Oliver of Edinboro is my hot pick up of the week at 174lbs. Oliver is 19-4 in his Sophomore season with a bonus rate of 39%. While his stats won’t turn many heads, he has been quietly putting together a good resume and should get you a few wins this weekend to put towards your team score.

Take your pick here. Guys like Caffey and Montalvo are most likely out there for you to pick up, you just need to see which matchups you feel most comfortable with and shoot your shot.

My man Nathan Traxler is looking good this week with some great potential matchups and bonus points. There are not a lot of potential portal guys here, but you might get lucky and find one of the above.

Pinnin’ Matt Stencel is looking like the best option at heavy weight this week, but that doesn’t mean that there are several great options.

One guy that has incredible matchups is John Birchmeier of Navy. Any time you see that a guy is wrestling George Mason and Duke in the season fantasy week, you pick them up.