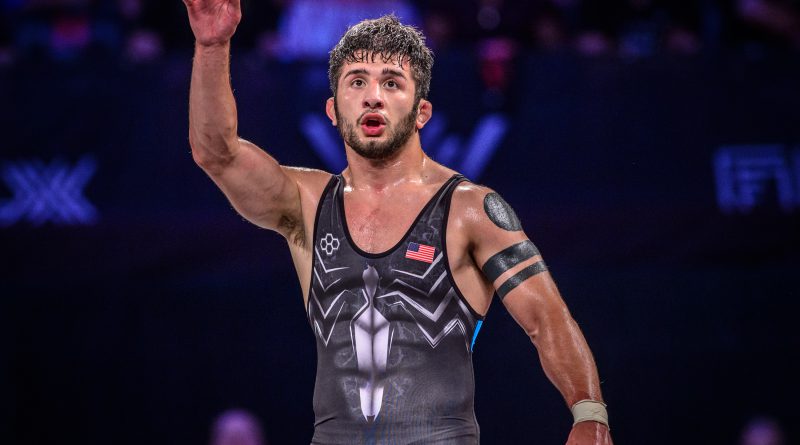 There are few certainties in life, let alone sports, but you can always count on 74 kg to be a loaded weight in American MFS wrestling. Through the years, the likes of Lee Kemp, Kenny Monday, Dave Schultz, and Jordan Burroughs (just to name a few) have all represented the United States at this weight and the next generation looks to be just as promising. While we won’t see Burroughs or Kyle Dake this weekend, we will get to see just about everyone else competing at the Farrell which should provide us with plenty of great matches and storylines.

Without question, this weight runs through Isaiah Martinez.  IMAR has established himself as an elite senior-level athlete and is one of the very few men on the planet that owns a post-college win over Jordan Burroughs.  One of the best handfighters in American wrestling, IMAR has the ability to score on anyone and rarely puts himself at risk while attacking at a high rate. Look for him to cruise in the early rounds and win some controlled matches when the rubber meets the road later in the tournament.

Jason Nolf is at the top of the list for who can unseat IMAR as the best American at 74 kg not named Burroughs or Dake.  This is Nolf’s first winter without folkstyle and it will be interesting to see how much his freestyle acumen has grown since we last saw him at the World Team Trials in Raleigh.  Nolf’s wide-open, creative style makes him one of the most entertaining athletes in American wrestling but also gets him into trouble at times. One of the keys to him moving past his longtime rival Isaiah Martinez will be his decision making and damage control in less-than-ideal positions.  On more than one occasion in Raleigh, Nolf’s propensity to want to scramble out of a situation led to him giving up a four point move where it otherwise would have been just a step out or takedown. If he can limit those decisions, don’t be surprised if he comes home as the champ.

One of the most exciting parts of the Farrell this year is the influx of current NCAA wrestlers into the senior level, and Virginia Tech’s Mekhi Lewis might be the one with the most promise.  In the last year, Lewis won a Junior World Title and shocked the wrestling world when he beat Alex Marinelli, Evan Wick, and Vincenzo Joseph in consecutive matches to become the first NCAA champ in program history.  Mekhi’s skill set is perfectly tailored for international wrestling. His combination of high-percentage, explosive leg attacks and logic-defying defense enabled by arguably the best hips in wrestling makes him a tough out for anyone in this bracket.  Mekhi keeps finding ways to jump levels and this year’s installment of the Farrell could be next.

Best of the Rest:

74 kg is consistently one of the deepest weights on the MFS side of things, so it should come as no surprise that this field is full of absolute hammers.

Logan Massa looked like his best self at the World Team Trials in Raleigh and is one of the best guys in any bracket when he’s healthy and clicking.  He attacks legs well and has a variety of ways to score if he can’t get to legs. In short, the man is dangerous from almost any position.

Tommy Gantt is one of the most underappreciated wrestlers in America, due in large part to the fact that he has been forced to deal with the likes of Dake, Burroughs, IMAR, etc for the entirety of his freestyle career. Gantt is explosive, tough as nails, and his length can cause all sorts of problems for his opponents.

Vincenzo Joseph is an interesting addition to this field, mainly because we haven’t seen him compete on the freestyle circuit in quite some time.  Cenzo’s blast double and upper body skills are what make him elite and a serious threat to win this weight. The relatively-unknown factor with Cenzo is his par terre game, but if can fend off turns, he will be right in the thick of things.

Chance Marsteller has a long history of success in freestyle and it will be interesting to see how the move from Lock Haven to the Lehigh Valley Wrestling Club has affected him, if at all.  His underhook offense and crisp re-attacks make him a tough out for any of the top guys that are a little off their game.

Dan Vallimont has travelled the senior level circuit for almost a decade and has been steady as can be the entire time.  The former Troy Sunderland recruit and current Penn assistant coach still has one of the best high-c’s around and can handfight with anyone, so don’t be surprised if he knocks off one of the highly-seeded guys.

Nazar Kulchytskyy has notched some huge wins throughout his career since he (literally) won the lottery and moved to the United States.  He doesn’t get the same fanfare as a lot of others because he didn’t wrestle at the D1 level, but he can compete with anyone.