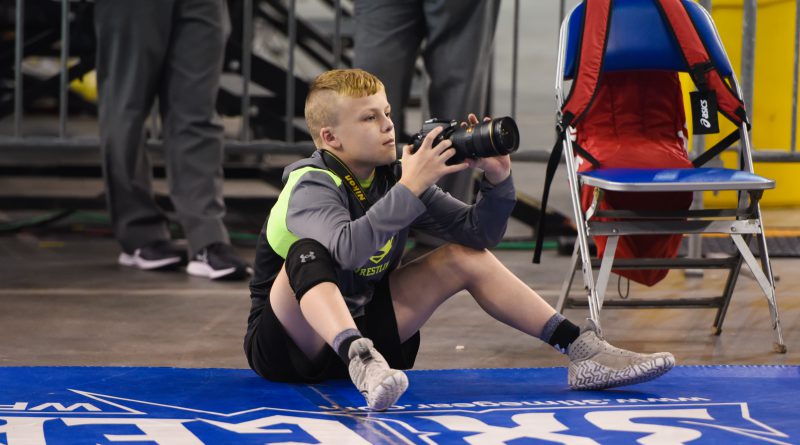 For the past four years, my dad and I have attended the highly anticipated U16 and Junior Fargo Championships. We volunteer at the event as photographers for two online website publishers. Because I live in Wisconsin and do a significant amount of my own wrestling training in Iowa, we tend to mostly shoot matches of Iowa and Wisconsin wrestlers. I really enjoy capturing pictures of great moments during the hard-fought battles. One benefit of being a photographer is being allowed to obtain close-up access to watch many of the best high school wrestlers from around the country. Since I am a passionate wrestler and fan of wrestling, I avidly study the matches and the demeanors of the wrestlers. I take away many valuable insights from the tournament every year, several of which I discuss with my dad during and after the tournament. The following are my observations that were the most prominent to me this year.

There isn’t any one style that leads to wrestling prosperity at Fargo. I find it striking that many wrestlers can find the same high level of success in extremely different styles. For example, many Illinois wrestlers seem to achieve success by working from Russian Ties. At the same time, other wrestlers can have the same high-level success by working from space or from other offensive positions. It is clear to me that regardless of your wrestling style, whoever imposes their style most effectively upon their opponent will likely win.

My favorite match ups are when two wrestlers with contrasting styles meet. It is exciting to watch which competitor can dictate how the match is wrestled. It is almost equally interesting to watch two wrestlers with the same style compete against each other. The winner of those matches will have to rely on execution of technique, endurance, and mental toughness. My teammate, Drake Ayala, does an outstanding job of dictating how his matches are wrestled by getting to his ties and making opponents wrestle at his aggresssive pace.

It is very dangerous to build a lead and then become defensive to hold on for a win. All too often, I watched matches where a wrestler used their offense to build a sizable lead and then shut down their offense and started wrestling defensively. Many times these wrestlers would either find a way to barely hold on to win or would lose. My coach, TJ Sebolt, constantly emphasizes remaining offensive to close out matches. Hand fighting hard and looking for offense the entire match even when you have a lead is a great recipe for success.

Wrestlers must come prepared to defend many attacks on bottom while in par terre. I am so impressed at how many different turns the wrestlers at Fargo used. Not just gut wrenches, lifts, and laces, but the different styles and techniques of each turn. To effectively defend the variety of turns, wrestlers have two choices: either don’t find yourself on bottom in par terre or be prepared and knowledgeable about how to defend many kinds of turns. Also, being fundamentally solid in understanding how to avoid letting your opponent get to their lock or lace will go a long way in not getting scored on while in par terre.

You have to have an effective turn on top. Many times I saw two wrestlers battle on their feet who looked equally matched. These matches would appear as if they were going to be very close until someone scored a takedown or, in Greco, would be put down in par terre. Frequently, a wrestler with an effective turn could blow a close match wide open or even end the match. Of my observations this year, this one stands out the most to me. In the future, I aim to have such strong par terre offense that I only need to get one chance on top and then quickly end the match.

Wrestlers who downblock and look for immediate reattacks are very successful. I was really impressed at how great many of the best wrestlers were at downblocking and jumping the corner in a seamless motion. The ability to do this resulted in an easy score from a go-behind. Also, those competitors who relentlessly reattack after downblocking were very effective at scoring. In my opinion, wrestlers that have great offense and also turn their defense into offense by not letting opponents recover after attacks have developed a winning formula.

The past four years have helped me gain perspective on what it takes to thrive at Fargo. I have one more year to photograph, watch, and learn from these amazing wrestlers before I will be able to compete on the Fargo mats myself.

I am 12 years old and live in Wisconsin. I am a member of Sebolt Wrestling Academy in Mason City, Iowa, and I train Greco/Freestyle at Combat Wrestling Club in Blue River, WI. I am a Trinity award winner, and have been a USA national champ in folkstyle, freestyle, and Greco.