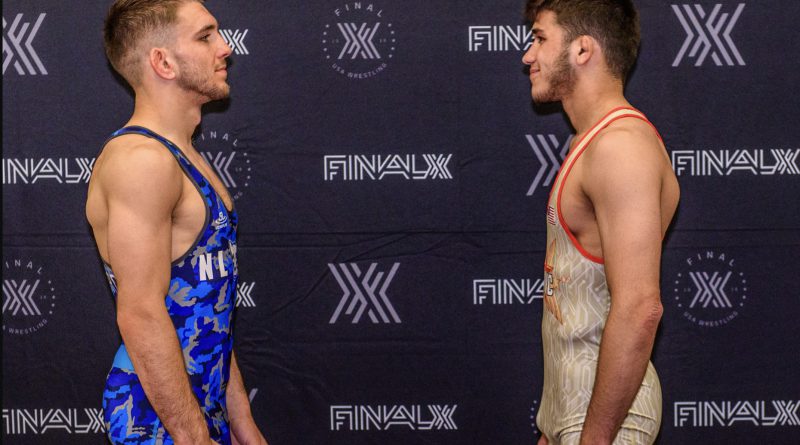 9 Americans competed at their first event as a team in Istanbul, Turkey

If you were like me over the weekend, you were wide-awake at 4:00 am with your eyes glued to your device, watching the Yasar Dogu live on FloWrestling.  This event not only solidified seeding points for the world championships, but also gave us our first look at “The World Team”. Sadly, Daton Fix and Tyler Graff were unable to make this trip for personal reasons. However, we were still able to finish in second place as a team, 10 points behind Turkey, who sent triple the amount of wrestlers.

James Green started us off on Thursday at 70kg. At Final X, Green had us all excited for his wrestling when he let it all fly and pushed his attack rate up extremely high. However, at the Dogu, it seemed as if Green had returned to his old habits of caution and reluctance to attack, and it came back to bite him. He fell 5-3 to Yavuz of Turkey and did not get pulled back into repechage, ending his Dogu run all too early. Hopefully, the national team coaches and the rest of Green’s support system will be able to help him bounce back to full force by September.

Hawkeye Wrestling Club’s Forrest Molinari, our lone female representative, kicked off a United States firestorm of domination with a pin and then a 7-3 victory over Kazakhstan’s 4th seeded wrestler at 65kg, (and she was just getting warmed up!)

The next storyline came that same day when the brackets for 65kg, 79kg, and 125kg were released. In the first round of 65kg came a match that intrigued the whole world, Zain/Yianni round IV. This matchup not only brought with it a spectacular style battle, but also had an extremely controversial history. The Cornell camp submitted a thirteen page complaint regarding the incident at Final X: Rutgers leaving the finality of the world team spot in question; and leaving fans hungry for more of this matchup.

Fortunately, Day 2 brought the match early—about 4:45 am. Yianni and Zain battled for 6 minutes. I was conflicted. Zain was there to gain experience and earn seeding points for his showing in Kazakhstan, and I should have had no problem cheering for him, right? Wrong. Anytime Yianni is on the mat, he pulls spectators’ focus towards him. His slick style is as entertaining as his personality. As a result, I wasn’t going to be happy with the outcome no matter who won. The match itself, however, absolutely lived up to the hype. A battle of game plans. A battle of technique vs pace. A battle of styles. This match started with a low level shot from Zain, exactly how he was able to score on Yianni at Final X. But as the match went on, Yianni began to time Zain’s stutter steps and score from shots to Zain’s lead leg. Towards the end of the match, Yianni got in on another shot, but this time Zain was able to sit the corner. Yianni then elevated the leg and did, almost, a forward roll for 4 points, and while the outcome of this match meant so much to wrestling fans, it meant nothing to the world team spot. Thus, the Yianni/Zain rollercoaster ride continues. How wild will it get?

Yianni and Dieringer both advanced to the semifinals with tech falls and Gwiazdowski with a forfeit. Gwiazdowski won his semifinal bout 6-2 over India’s Sumit, who took 5th place at the world championships last year. Dieringer won his semi 4-0 over this year’s Asian Champion, Teymouri of Iran. And Yianni’s semifinal might have been the craziest match all weekend. He was down 9-0 at the break. Now, his opponent, Musukaev, is known for not having much in the tank for the second period, and  Yianni was able to take advantage of that. He “didn’t give him any space” as his coach, Jeff Buxton, claimed in a later interview. The match ended with Musukaev being cautioned out for passivity and the score at 9-9.

To finish the day, Forrest Molinari ended her tirade with a 5-2, win in the finals, earning her the # 2 seed at World’s and the respect and admiration of wrestling fans back at home. Since meeting Forrest at Final X, I have become convinced that United States Wrestling has an amazing opportunity in Molinari to promote not just women’s wrestling, but the US team as a whole. Her fierce, in-your-face passion is surprising, yet contagious, and if she continues to perform, we’ve got a new world champ to adore in our future. So, Day 2 taught us that along with Molinari, our guys at 65kg, 79kg, and 125kg should represent the US very well this September.

Day 3 taught us a whole lot more about our team. On this day we were represented by Jordan Burroughs at 74kg, Pat Downey at 86kg, J’den Cox at 92kg, and Kyle Snyder at 97kg. Also wrestling in the finals were Yianni, Dieringer, and Nick Gwiazdowski.  Yianni received a forfeit due to Haji Ali’s alleged shoulder injury. Dieringer won a controlled finals match giving up very little positions against Gulaev of Slovakia, demonstrating a level of composure commiserate with the title of world champion.

In his finals, Nick Gwiazdowski faced 3x World/Olympic champion, Taha Akgul. This match showed how close Nick really is to the top of the podium at World’s. He dropped his match 6-2, but he convinced me that he has the capability to close the gap on the top guys at the weight.

There were two more big storylines for USA on this day. The first is Pat Downey. His entry in the Dogu prompted a lot of questions. How much has he improved? Can he put it together at World’s? How will he do against foreign competition? While Downey showed he has the ability to be a medal threat in Kazakhstan, he also showed some areas where he needs work. Bill Zaddik and Co. will probably attempt to take Pat to one more event before the World Championships, but even if they don’t, US fans have good reason to be excited about Downey.

The second storyline lay within the bracket at 74kg. That was Burroughs/Chamizo V. This match presented so many possibilities because of its electric history. The rivalry has gone 3-1 in favor of Burroughs before this last weekend.  Once they both landed in the finals on the fourth day, Chamizo announced he was going to forfeit the finals in order to protect his #1 seed. With that announcement, disappointed USA fans were left hanging for approximately 69 more long, slow days for a possible showdown in the world finals.

Not surprisingly, J’den and Kyle dominated their way to the finals as the day wrapped up.

Day 4 went extremely well for the US. With the exception of Downey dropping his bronze medal match by one point, we went undefeated, giving up a total of one point in all of our finals.

Kyle Snyder won 2-1 over a young Shabanibenga of Iran.

J’den Cox finished with a 10-0 tech, making his total match points 43 to his opponents’ 0. His dominance didn’t surprise me. J’den Cox may have been underrated in the past, but you’d have to be hiding under a rock to miss the path of destruction he’s been leaving behind him.

The Yasar Dogu taught us so much about our world team and their abilities on the international scale. It also made me itchy for September. Hopefully, we will get to watch Fix and Graff compete sometime before then, but for the time being, I couldn’t be more excited for our chances to bring home the title at the World Championships.